We tore out the shower and whirlpool jetted tub. Then tore out the wall and most of the tile floor and move stink pipe that was in the wall. Then cut access panel in basement ceiling for plumbing. Then did some drywall repair on the wall and ceiling, installed the  shower base. Then we laid the floor and wall subway tile. install acrylic, finish sand all drywall and grout allthe tile work we did. installed glass shower walls, install free standing tub. Customer wanted to paint the walls

Tearing out the old tub

The workers have a new little helper. 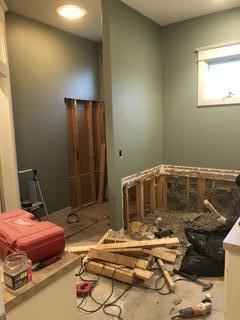 Removal of the old tub in Grand Ledge

Moved the stink pipe that was in the wall. Cut access panel in basement ceiling for plumbing 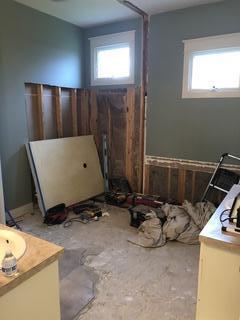 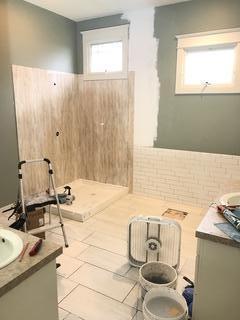 The bathroom is almost complete. 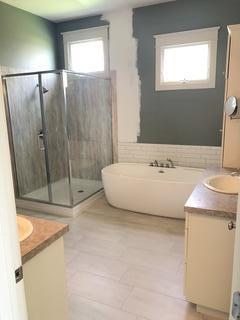 The free standing shower and tub. The new floor and vanity The customer wants to paint the wall.

Back to Previous Page

We serve the following areas